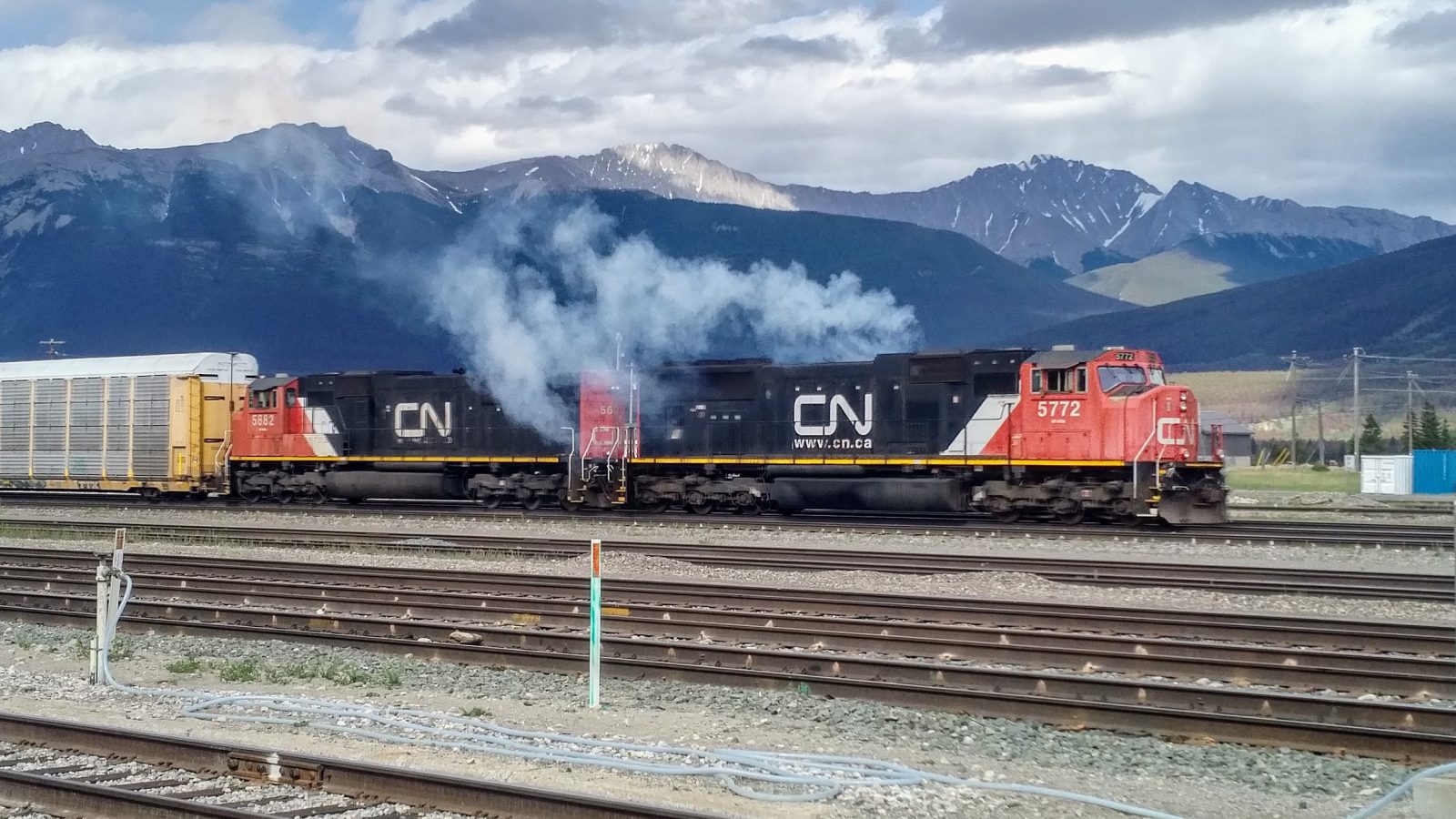 Transport Action Canada has reviewed the National Supply Chain Task Force Report and is pleased that federal Minister of Transport Omar Alghabra has publicly acknowledged it as a qualified analysis of Canada’s serious supply chain impediments. With certain exceptions, set out below and in a letter to the Minister, Transport Action fully endorses the report as a valid critique and solid base from which to launch its many recommendations.

The report correctly identifies the conflicting priorities of the private sector in asset-sweating and shareholder returns with our broader national prosperity and sustainability interests. While many advanced economies have acted to reconcile the two, Canada continues to facilitate an imbalance by incorrectly assuming a laissez-fare approach will yield fit-for-purpose results for our economic wellbeing and competitiveness. It means that Canada will need to implement policy directives and invest substantial public money into our national supply chain to repair decades of neglect and dysfunction.

The National Trade Corridors Fund (NTCF), while a useful corrective tool, currently relies on voluntary participation from the private sector and is not sufficiently coercive to assertively drive needed improvements in supply chain efficiency. To facilitate this Transport Action Canada suggested replacement of the NTCF with a Strategic Rail Infrastructure Fund as part of its February 2022 budget submissions.

This is one of several submissions to the Government of Canada regarding Canadian supply chain and personal mobility shortcomings in recent years, generally with positive feedback. The National Supply Chain Task Force Report authoritatively reflects and reiterates most of these but is vague on the following:

There seems to be a reluctance to fully explore the potential advantages of modal shift. The report examines truck driver shortages in detail and offers possible but seriously problematic solutions. It does not question whether trucking and highway expansion are the only or best options. TAC has previously communicated with you and your provincial counterparts on the advantages of truck/train intermodal well beyond that offered by today’s Class 1 railways. The primary advantages are:

While Class 1 railways identify certain intermodal services as highly profitable, others that don’t are generally ignored or left to truck haulage. Government policy will be required to resolve this. Tax measures and working with provincial governments to expand intermodal routes and add regional intermodal centres with best practice load transfer could resolve many of the entrenched problems related to long-distance, highway trucking.

Transport Action Ontario submitted recommendations on this topic in September 2020. It described those routes subject to abandonment or recently abandoned and that must be preserved for future reinstatement.

The Supply Chain Task Force Final Report expresses deep concern over the level of redundancy in the system but fails to fully explore this matter. Driven primarily by shareholder returns the Class 1 railways have eliminated considerable redundancy from their Canadian networks over the past half-century thereby increasing the potential for supply chain failure. Canada, as a country dependent on trade, simply cannot afford this level of risk. It will be exacerbated by the effects of climate change and further asset sweating as more traffic is forced into a system with limited capacity. This is exemplified by increasing freight train lengths, grade crossing issues and problematic rail traffic management in mixed freight and passenger corridors.

Although a recognised process for rail infrastructure abandonment exists it is focused on cost-shedding rather than future utility, the former of which is generally not in the privately held, national supply chain interest. A system of rail route banking, as practised in the USA, needs to be federal policy with penalties for unauthorised encroachment or repurposing. Immediate federal and provincial action is required.

The Supply Chain Task Force Final Report emphasizes the need to remove bottlenecks in the system to make the existing infrastructure more productive. The focus appears to be on highway expansion although marine shipping and airfreight improvements are mentioned. However, the rail infrastructure of our Class 1 railways also has serious bottlenecks that linger because corrective action may not align with minimisation of their operating ratios.

The pressure on this rail infrastructure is exacerbated by the legitimate need of passenger rail operators, such as VIA Rail, to improve service and reliability in the face of increased highway congestion, the need for traveller equity/choice and climate change mitigation. Rail capacity investments are a win-win for both passengers and freight, and therefore have a strong bottom line.

TAC recommends that, as part of supply chain improvements described in the report, Transport Canada and provincial governments must inventory all rail bottlenecks and work with Class 1 railways to remove them. Accelerated capital cost depreciation, P3s or government grants, common in the USA, could be employed. It is important that such projects benefit both the infrastructure owner and the national interest and are governed accordingly.

The report makes a very strong case for end-to-end digital shipment tracking across the various modes and involved parties. TAC fully supports this. But the report makes no mention of digital technologies available for the rail mode that Transport Canada is considering for implementation.

Positive train control has the potential to increase existing national rail infrastructure capacity while improving safety and reducing risk. When combined with bottleneck removal it has even greater potential for capacity expansion and adds to the competitiveness of intermodal and conventional rail freight and passenger services. Because it offers minimal land use and environmental upset, it is preferable to relentless highway expansion that is increasing costly and often self-defeating.

Although Transport Canada and VIA Rail are engaged in the early stages of the High Frequency Rail (HFR) project, conditionally supported by Transport Action Canada, we have previously proposed that existing multi- modal infrastructure, typically the Windsor to Montreal Highway 401 route, be upgraded to full trade corridor status. It would be a close coordination of preferably tolled highway improvements with significantly expanded rail capacity for both freight and passengers on the CN Dundas and Kingston subdivisions, with possible CP cooperation. A combination of technology and additional physical infrastructure could achieve this.

The urgency and cost of essential improvements to Canada’s supply chain will likely compete with HFR for public funds and TAC suggests this should not be an either/or situation. We believe that making enhanced passenger rail an integral part of recommended supply chain improvements would be highly cost-effective and deliver the level of service promised by HFR, but at significantly lower cost.

Having one of the highest population and commercial densities in Canada it makes sense to properly serve this corridor with an optimised and balanced transportation system using many of the recommendations mentioned previously. The goal should be at least 100% increase in existing capacity by 2035 with future scalability, primarily technology based.

There are other examples of potential trade corridors where astute rail and highway infrastructure investments can yield very high returns for freight and passengers while adding to national competitiveness by making the supply chain very robust at acceptable public cost while not imposing unreasonable financial burdens on private sector partners. In parts of the country that are critical to food and freshwater security, land use optimisation to preserve rural or natural lands is essential and this must be factored into the planning process.

TAC is appreciative of the exemplary work done by the National Supply Chain Task Force and looks forward to seeing commensurate action by both federal and provincial ministries. We fully endorse the report’s recommendations that substantial public sector involvement will be required and endorse its sense of urgency.