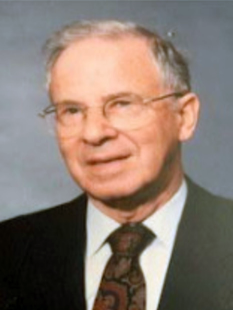 by Harry Gow, with documentation by David Jeanes

Dirk Partridge was a founding member of the Amtrak management team, as Manager of Fares and Tariffs long before his retirement to Canada and to a second career in volunteer service, first for our association, then for some years for Amnesty International, also in Ottawa.

Dirk brought a treasure of experience to Transport 2000 Canada: two years service in the US Navy in wartime and again in the Korean war, education at Swarthmore College and at Antioch College (a progressive institution that survived the probing Un-American Activities House Committee), and a distinguished career in passenger transport :

A particularly formative experience was a month long holiday in 1984, travelling mostly by rail from Hong Kong to London, including the Peking (Beijing) to Moscow express.  His article on the subject makes for fascinating reading:

Dirk was a reviewer for the famous Thomas Cook European Railway Timetable as confirmed by Dirk’s wife Karol. All of his rich experience was then put to work for our benefit when Dirk was volunteer office manager for Transport 2000 Canada (1991-1996), and then Amnesty International, both in Ottawa. Dirk brought in another volunteer, his wife Karol’s daughter, Mimi Golding, who systematised our documents and papers into an orderly archive.

I knew Dirk in both roles, as I would refer University of Ottawa criminology students to Dirk for field placements and volunteer work at Amnesty.  I can say without reserve that Dirk was the most knowledgeable volunteer we had in those years, and that he gave us a solid base of information and analysis in matters touching on passenger services of all kinds. Transport 2000 / Transport Action was fortunate to have such a distinguished personage as a public presence in our nation’s capital.  I am sad to have to write this obituary, and equally sad to have not had the occasion or the wit to reward him with adequate words of appreciation for his immense contribution to the passenger consumer movement.

Terry Johnson, President of Transport Action Canada and the Board wish to express their sincere condolences to Karol Partridge and the family on the passing of this distinguished railway professional and volunteer member of Transport Action.