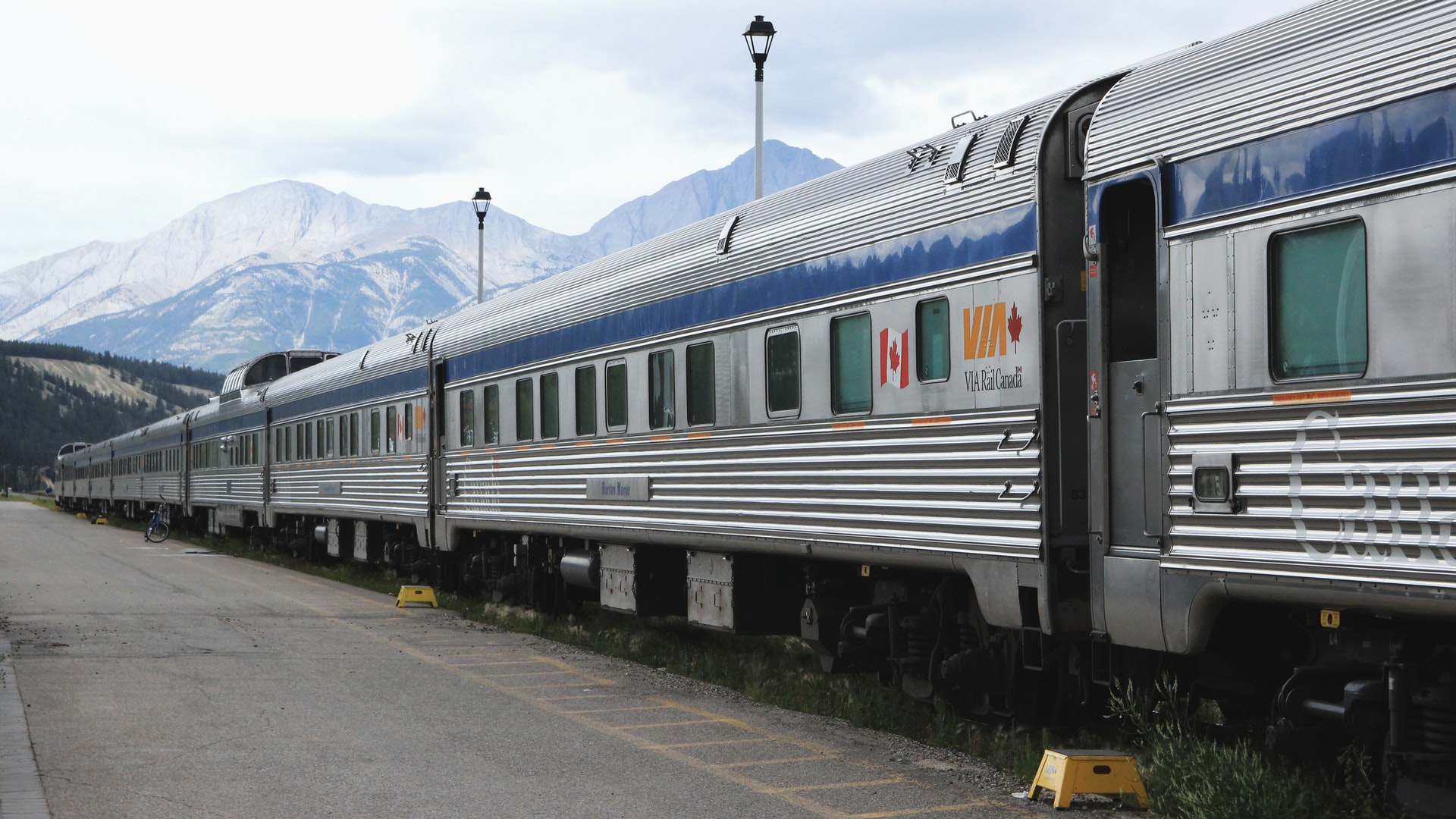 Readers may already know that their new President was touring Western Canada at the time of the Annual General Meeting in Toronto. He has been asked to deliver his thoughts on the lessons learned while on tour. At the outset, he wishes to express his grateful thanks to all those who have contributed in their many ways to this and to earlier phases of the National Dream Renewed programme.  Particular thanks are due to outgoing President David Jeanes for his support of this venture and indeed for his years of service to Transport Action as a whole!

In April this year, the writer addressed a seminar delivering the National Dream message to students, faculty and City planners at the University of Alberta. In early May, town hall meetings were held in Vancouver, Victoria, Melville and Winnipeg in cooperation with Transport Action British Columbia, Elizabeth May MP and Transport Action Prairies.  Meeting sizes ranged from ten to one hundred and ten, and the people present were nearly always well-informed; many were active rail travellers, some were retired railroaders and in one case, some were members of Unifor, the railway employee union.

In the course of the trip, the writer rode Amtrak and VIA trains, planes and buses, not to mention ferries, rural transit, the Canada Line, SkyTrain and trolleybuses.  All of these conveyances got him to the destination – and were on time with one exception, the Canadian from Saskatoon to Melville, (a “mere” two and a half hours late).

Some good news:  In a full hall in Victoria on May 9th, Elizabeth May informed the audience that Transport (Canada) Minister Lisa Raitt would shortly confirm an expenditure of ten million dollars for the Newcastle subdivision in New Brunswick, opening the door for continuing OCEAN service on the current route through the province.  Island Corridor Foundation Board member Judith Sayers then brought good news home by telling the audience that the Foundation and VIA Rail were near an agreement on the return of the trains to the Island.  VIA Rail has refurbished three Budd RDCs and will provide space for bikes.  Ms. May then asked how many people present had ridden VIA Rail nearly all hands went up.  In question period it became apparent that the passengers wanted more and better (and newer) passenger trains across British Columbia and beyond.

The evening before in Vancouver, the audience concentrated on difficulties experienced on current (infrequent) VIA services in B.C., held up and  delayed so often by freights, making it difficult for employees to run the service the way the would want to and as it has been in the past.  Passenger concerns included the (in)frequency, the delays, and the limited geographic coverage of services.  It was evident that the American authorities are providing more service on a (twice) daily basis to Vancouver than are the Canadian “leaders” in Ottawa.  The meeting did permit the union members present to express their strong commitment to rail passenger service and their desire for its modernisation and better funding.

A three-stage trip on Air Canada (required because of the dates available for the meetings being very concentrated in time) made the trip to Saskatoon uneventful.  The onward ride on the Canadian the next day was the source of some minor worry but even late it got to Melville well ahead of the meeting. We passed about a dozen freights one way or the other, so this was an applied lesson on the challenging CN –VIA relationship.  The dispatchers had their hands full on this busy (!) single-track line and used every trick in the book to keep traffic moving, while the on-board staff successfully served, entertained and informed the passengers, including an America by Rail tour  and numbers of Canadian families.

In Melville on May 11th, the town hall meeting was in competition with Mother’s Day so the attendance was minimal.   Those present were however well –informed and had lots to say.  A Melville Advance reporter showed up and his lengthy article later  informed everyone in town of the issues presented and discussed at the meeting.  George Wooldridge, a former Transport Action official in attendance stated “You have to know how important this is.  If you believe in a community like Melville having a future then things like passenger trains and buses (are essential) … not everybody drives”.  Some other participants concentrated on the need for more frequent train service and (again) on the late train problem!

The VIA Hudson Bay trip from Canora’s restored station  to Winnipeg was a scenic interesting rural train ride, on time with just one freight crossing it past halfway.  The railway museum in the station at Dauphin was worth much more than the brief visit allowed by the 5-minute stop there.  The Winnipeg Railway Museum at the VIA station made up for this the next day.  The meeting in Winnipeg, attended by Bill Blaikie, M P was well worth the effort to organise it.  A number of retired railwaymen were there and were brimming with concern about the way the Canadian is constantly held up by freights.

One former engineer related how a dispatcher made the Canadian follow a 30-mile-an -hour freight across three subdivisions, when the passenger train could have gone ahead

and saved the passengers a wasted day on the taiga.  The same person related how even the fact that a passenger had a life-threatening medical problem on a  train did not move the dispatcher to give it clearance to get near a hospital and the passenger was said to have expired before the train emerged from the woods on its way to Toronto!

My thoughts: Everything Transport Action has been saying in the town hall meetings was borne out by the lively audiences, which actually added to the concerns we have been expressing.  More recently, the new CEO of VIA Rail, Yves Desjardins Siciliano, at VIA webcast public meeting on May 28th, expressed very well what the whole passenger rail community in Western Canada knows when he said that VIA’s “greatest challenge” on the transcontinental service is the continual delays inflicted on the passenger train by freights.  We know he was telling the truth, and now we want to know what the Government of Canada is going to do to allow Canadians to travel with at least as much priority given to their needs as to oil and grain shipments!

On numerous occasions on the tour I was able to confirm VIA’s contention that its greatest asset are its employees.  These valiant few are confronted with trying to maintain a tenuous two-day-weeks train service over a line where they and their passengers are  “welcomed” by constant delays and subordination to freight trains.  Despite VIA’s employees’ best efforts, the future of the train and of the mode of transport it represents are in peril in Western Canada.  The solution lies in the hands of Parliament, which must revive the proposed Via Rail Canada Act and give passenger trains legal status and dispatching priority!