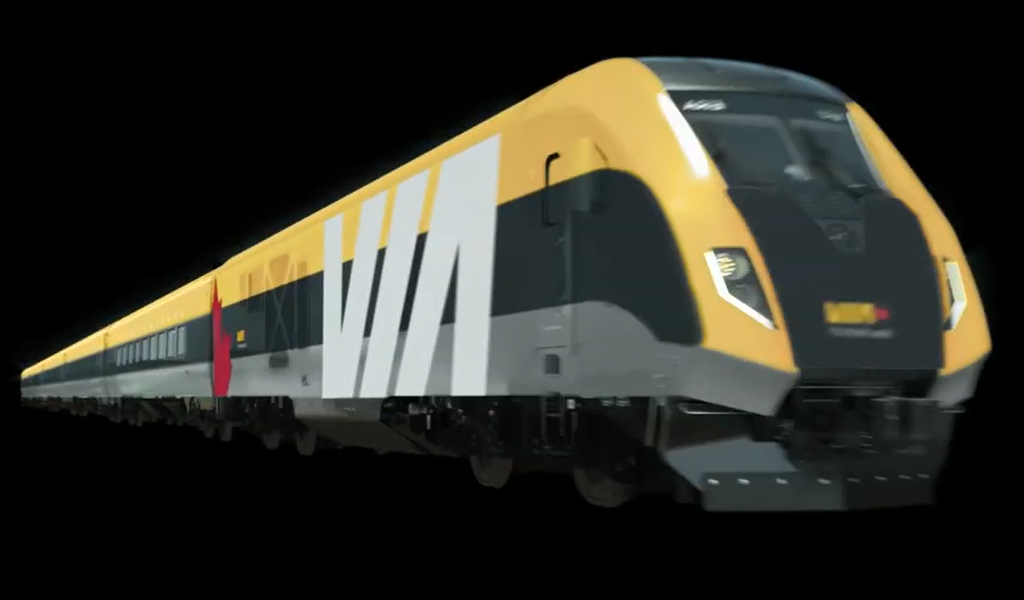 On June 25th 2019, at the former VIA Rail station in Trois-Rivières, the Honourable Marc Garneau, Minister of Transport, the Honourable François-Philippe Champagne, Minister of Infrastructure and Communities, Cynthia Garneau, VIA Rail Canada President and CEO, and Pierre Lavallée, Canada Infrastructure Bank President and CEO announced $71.1 million in funding from the Government of Canada and the Canada Infrastructure Bank to further explore VIA Rail Canada’s proposal for High Frequency Rail in the Quebec City-Toronto Corridor.

The funding will be used to establish a Joint Project Team, focusing on the following activities throughout 2019 to 2020:

The funding will also support technical work to ensure the interoperability and integration of High Frequency Rail with operating tracks used by local and regional transit providers in Montreal and Toronto. This includes track work in Montreal’s Mont-Royal Tunnel to enable VIA Rail Canada’s heavy rail trains to operate on this segment of the Réseau express métropolitain (REM) light rail system.

Transport Action Canada welcomes this announcement. While we would clearly like to see the High Frequency Rail project move forward as swiftly as possible, we’re very pleased to see that the vital question of ensuring interoperability with REM and access to Montreal’s Mont-Royal Tunnel is going to be addressed. An engineering solution should be relatively straightforward now that the political will to make this work has been confirmed, ensuring that Montreal will enjoy both better transit and inter city connections.

Thanks to VIA Rail’s choice of making best use of existing rail corridors and extant rights of way, the project completion risk for High Frequency Rail is much lower than any previous Quebec-Windsor upgrade proposal and many transit projects. This should allow the remaining diligence to be implemented swiftly, and for the work to proceed on the first sections of the new route in time of the arrival of the new corridor fleet in 2022.

While the government frames this work as “de-risking” the project, the characterisation of the project as “risky” is somewhat unfair. The far larger risk, which the government needs to pay more attention to, is the escalating opportunity cost to Canada of falling further behind the rest of the world on this vital aspect of our transportation infrastructure. Infrequent and inadequate inter city rail service both is a constraint on our domestic economic growth and a deterrent to international investors.

Do you want to see better rail and bus service become a reality? Join Us