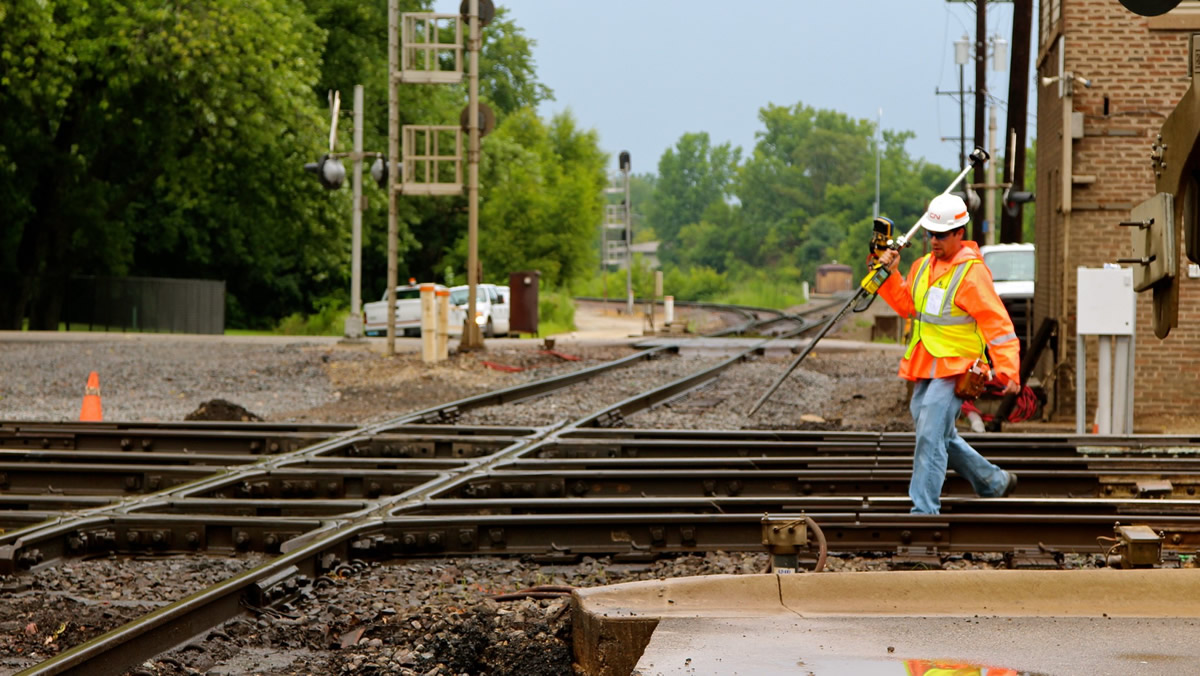 Transport Action Canada has prepared a submission to the House of Commons Finance Committee in advance of Federal Budget 2021, titled Railways as The Key to Unlocking Canadian Productivity, Social Inclusion, and Climate-Change Performance.

We are proposing that a Strategic Rail Infrastructure Fund be created as part of the Investing in Canada Infrastructure Program, reversing 25 years of Iassiez-faire rail policy and getting the Government of Canada back in the game of ensuring that national infrastructure serves Canada’s national interest.

Not so long ago “Serves all Canada” and “Spans the World” were accurate slogans, but Canada’s infrastructure efficiency is now ranked between 22nd and 17th globally.[1],[2] This is a product of deteriorating rail freight service for smaller shippers and smaller cities, the abandonment of rail lines to the point of compromising overall network resilience, and widening gaps between Canada and peer countries in passenger rail and connecting bus services.

Canada ranks in the top 1% globally for per-capita fossil fuel consumption, with 30% of GHG emissions derived from transportation, so Canada cannot meet its international commitments to reduce pollution without a significant modal shift to rail for freight and intercity passenger travel.

This requires visionary cooperation between the public and private sector, accelerating CN and CP investment plans and conducting a National Infrastructure Review to identify investments necessary for resilience and substantial modal shift, including reinstating corridors like the Ottawa Valley. The fund would support investment in rail infrastructure capacity and velocity, including track and signaling upgrades, regional truck/train intermodal facilities, freight terminals, and passenger facilities.

We’ve highlighted eight priority projects, which could be implemented before the next federal election:

The recommendations in our Pre-Budget Submission would address many of the challenges identified in VIA Rail’s own corporate plan,[10] including stable funding to resolve the Auditor General’s concern that piecemeal short-term government funding approvals significantly hamper the Crown Corporation’s ability to operate efficiently and effectively. We’re also requesting emergency funding to recall to 1,000 employees who are currently laid off and get VIA Rail services running on a close-to-normal schedule again.

The High Frequency Rail project, if the government finally approves it, would be funded by SRIF, or an equal amount invested in upgrades to deliver dependable hourly intercity service on the existing Quebec-Windsor corridor, backed up by the Fair Rail for Passengers Act to ensure that investment to alleviate bottlenecks can maximize ridership on the new corridor trains fleet while simultaneously improving the flow of freight.

Our ongoing request for funding to renew VIA Rail’s long-distance fleet and provide barrier-free accessible cabins on all overnight trains is repeated in the submission. We’re also asking for GST to be removed from fares, eliminating a disparity between VIA Rail and GO and between public and private sector intercommunity bus services, and for the government to ensure smaller cities and transit systems can access funding for zero emission buses.

Restoring the passenger rail service in the Algoma region between Sault Saint Marie and Hearst, Ontario which was discontinued in 2015, is highlighted in our recommendations. The Missanabie Cree First Nation have obtained a rail operating license and prepared a business plan to restore the Mask-wa Oo-ta-ban “Bear Train.”[11] Accepting this business case and restoring funding would boost the Algoma region’s economy by $38-48 million annually through business and tourism, according to an impact assessment prepared by BDO.[12] Considering the emphasis the government is placing on reconciliation with First Nations, restoring service along a 700 km corridor where road access is largely non-existent, addressing the economic, employment, social and remote access needs of Indigenous and non-Indigenous people alike, should be a priority.