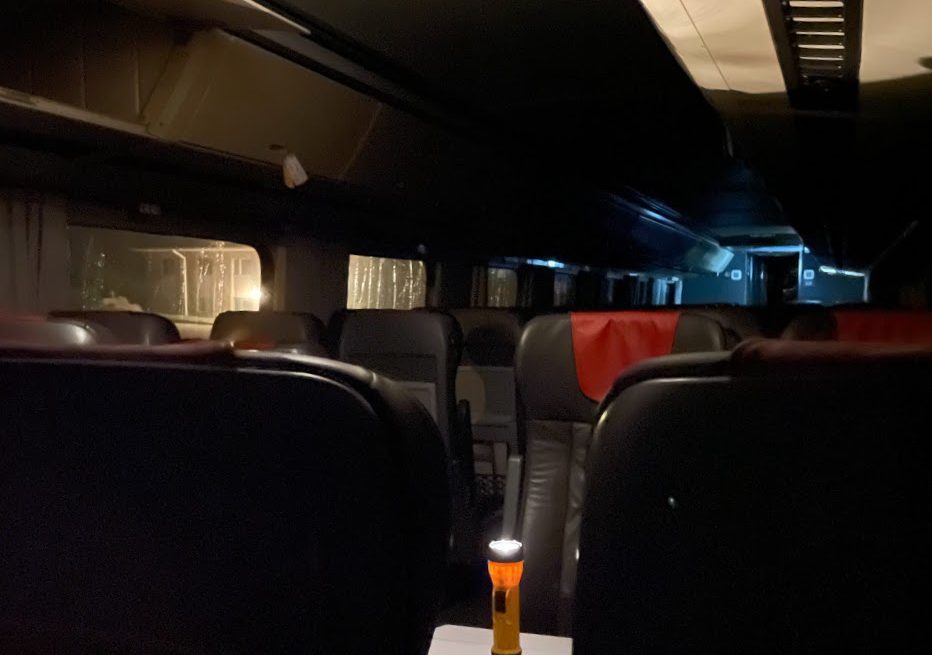 Equipment availability of the existing corridor fleet and locomotives is becoming increasingly problematic for VIA Rail as it waits for the delivery of the new Siemens trains. This included the failure of train 79 on September 6, 2022 due to a fuel leak, which was then stranded most of the night waiting for a relief train, long enough for the emergency lighting batteries in the coaches to run out.

It is inevitable that when a train breaks down or is severely delayed passengers become anxious and frustrated, particularly if the initial plan for handling the incident has to be modified, extending the delay. The VIA train crew handled the situation with calm professionalism, distributing food and water, and keeping passengers apprised of the ongoing changes to the plan throughout the night. However, their job was made harder by a very small number of passengers who wanted to take matters into their own hands and use the emergency exits, even though freight trains continued to pass at full speed on the adjacent track.

The geography of Canada and the sparsity of our railway networks means that getting a relief locomotive or train, or even buses, to the location of a failed train within a couple of hours will not always be possible, therefore it is vital that the procedure for handling such incidents be improved, with particular attention to safety.

We have written to the Railway Association of Canada suggesting a modification to the Canadian Rail Operating Rules to give a stopped passenger train the same protection as Rule 107 provides for trains calling at a station, once it has remained stationary for more than an hour.