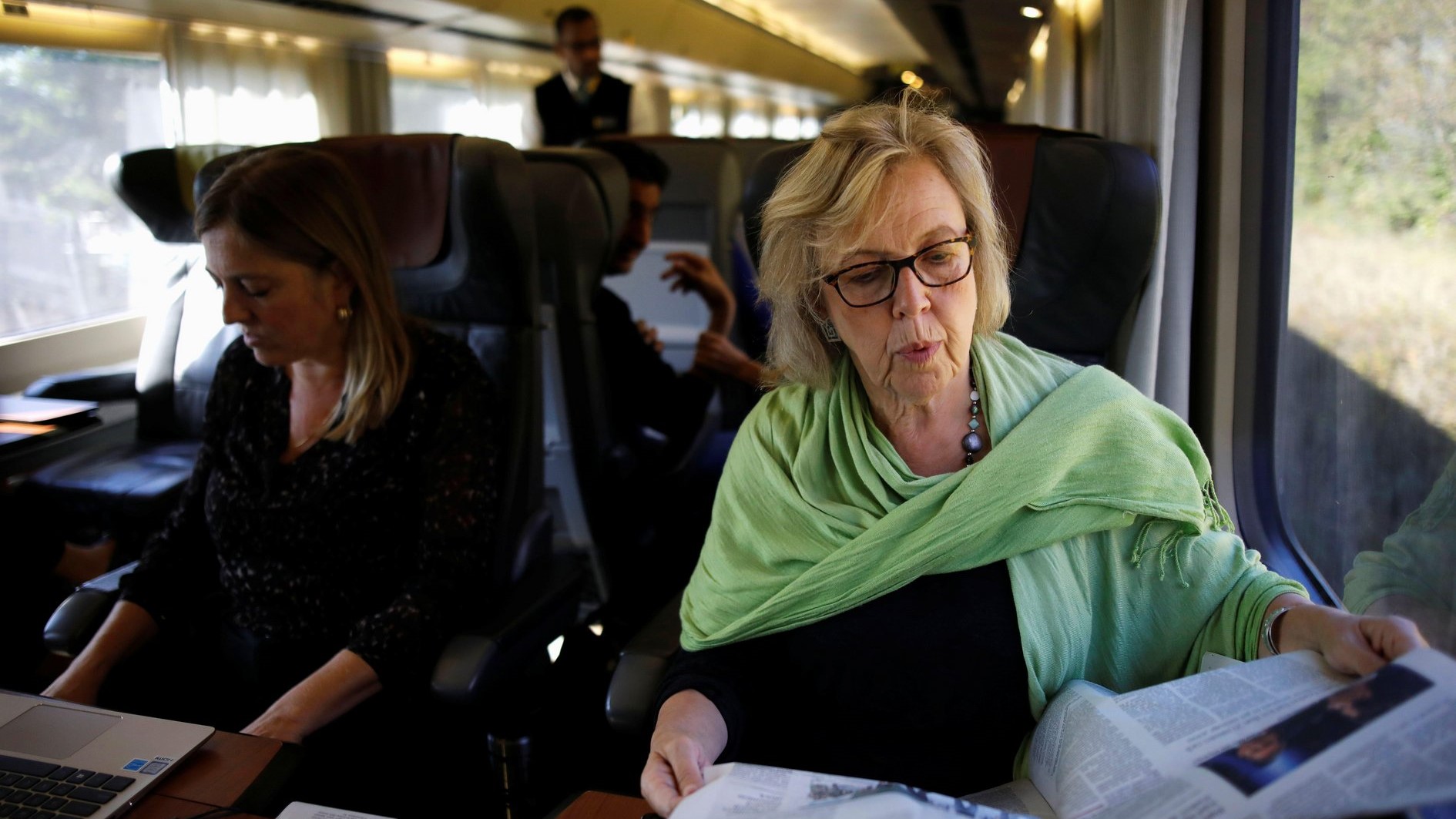 Elizabeth May, MP for Saanich—Gulf Islands, has once again introduced the Via Rail Canada Act into Parliament as private member’s bill C-236.[1]

The proposed bill’s objective is to give VIA Rail a proper legislative mandate as a Crown Corporation, prevent the privatisation of long-distance routes, and ensure the continuity of existing northern and remote services. The bill contains a schedule of core routes that must be operated, which includes all current VIA Rail routes plus Victoria to Courtenay and Montréal to Gaspé.[2]

Similar legislation has been introduced as a private member’s bill several times over the past decade, but has not proceeded beyond second reading, even though the now-governing Liberals supported it when it was introduced in 2015 by Philip Toone, the NDP MP for Gaspésie—Îles-de-la-Madeleine at the time.

We urge all Transport Action members of friends of VIA Rail to call or write to their MP, asking that, this time, this much-needed legislation be adopted by the government and finally passed into law.

As with previously debated version of this legislation,[3],[4],[5],[6] this bill would provide parliamentary scrutiny of our passenger network, facilitate additional services to meet demand, ensure fair train path pricing, and assure public benefit from public investments, which hasn’t always been the case in recent years.[7]

The co-opting for freight use of previous public investment to add a third track near Kingston in the Quebec-Windsor corridor, funded by Stephen Harper’s government, led to an investigation by the Auditor General and this demonstrates why proper legislation is essential.[8]

Canada has a Fair Rail for Grain Farmers Act, and we need fair rail for passengers too.

If Canada is to meet its climate change and emissions reduction goals without putting a dent in our economy, giving people and freight the opportunity to shift from our roads to more efficient rail is one of the most obvious and least disruptive actions our government can take. Canada must follow the example of peer nations that are investing heavily, tens of billions in Germany alone, in rail.

Although the promised High Frequency Rail project a is welcome investment, dedicated tracks are something of a workaround, in the absence of strong regulation, for poor treatment of passenger trains by host railroads and the resulting lamentable on-time performance of Canada’s passenger railway.

Since 2010, increasing delays have made trains across Canada much less convenient for Canadians and deterred international tourism.[9],[10] These delays, which have been imposed while host railroads post exceptional profits, have caused the cancellation of the third weekly train between Vancouver and Toronto, and they cost VIA Rail millions of dollars in lost revenues and added operating costs, which increases the subsidy needed to maintain Canada’s remaining passenger network. Meanwhile, commuter rail projects have been stymied by refusal to guarantee train paths and schedules in return for public investment,[11] and any future negotiations to restore services along corridors such as Calgary-Edmonton or Calgary-Banff are also highly dependent on the goodwill of the host railroad.

High Frequency Rail between Toronto and Quebec City will continue to use shared tracks along key segments of the route, including to access city centres, so train services would remain at risk of delays without strong regulation to ensure fair track access, and those delays would then cascade onto single track segments of the route, resulting in knock-on delays throughout the network, much like the shambolic situation VIA Rail and its passengers are forced to put up with today.

The federal government’s announced intention of extending high frequency rail to Windsor has no reasonable alternative to using shared trackage, which would be a win-win for passengers and freight if done properly but could all too easily reprise the mistakes of the Kingston third track project if attempted without a regulatory backbone.

Transport Action believes that the new trains for the Quebec-Windsor corridor must be supported by legislation to ensure that they get the chance to run on time; and by investments to alleviate network bottlenecks, reinstate double track in key locations, and improve grade crossing protection.  Backed by a proper legislative framework, such investments can guarantee on-time arrivals and thus maximize passenger rail ridership while simultaneously the enhancing flow of freight and making a valuable contribution to Canada’s supply chain resilience.