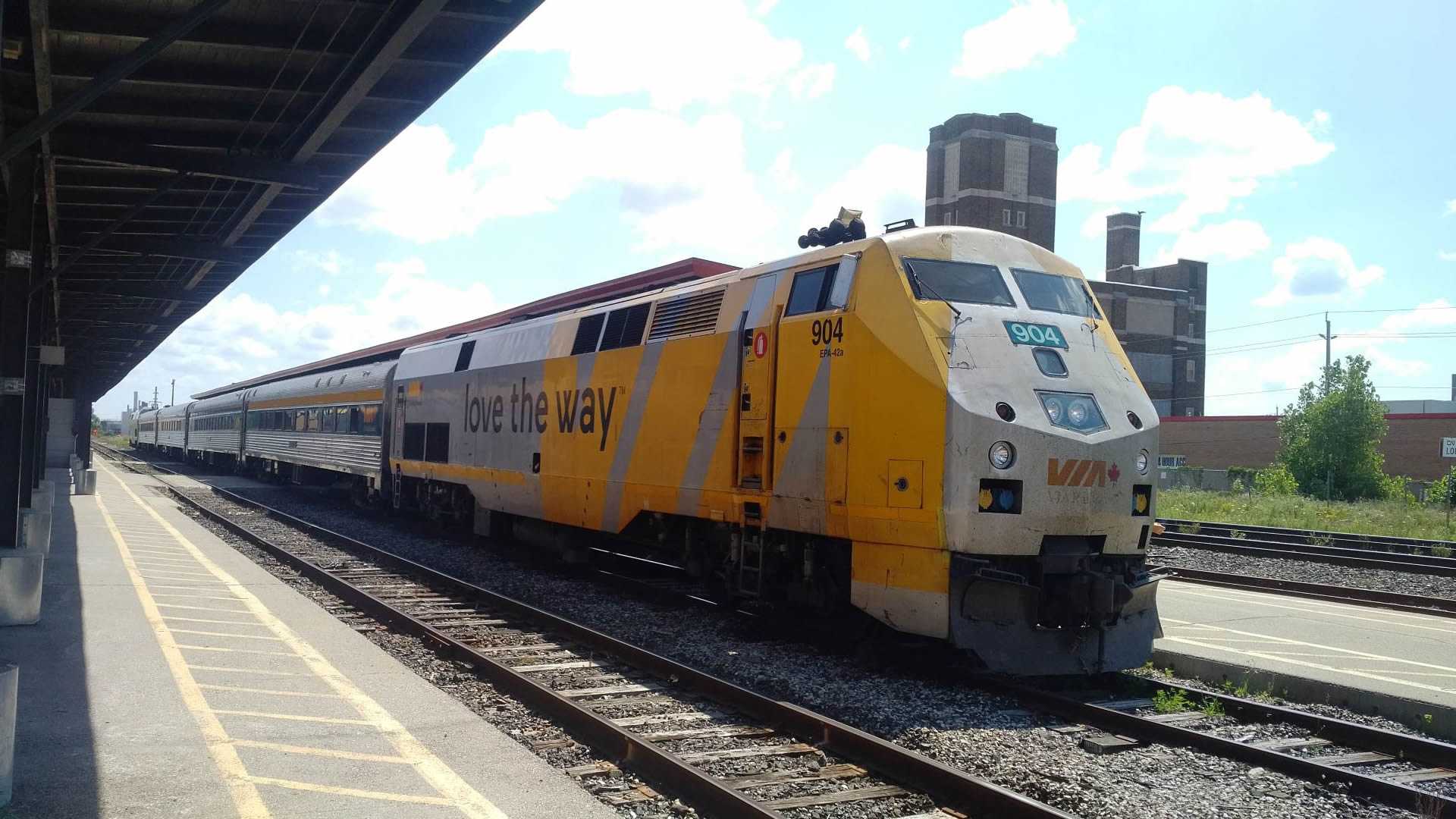 A new schedule takes effect August 30, 2021 that reinstates many train services that has been suspended due to the pandemic, but key connections still are missing in the Quebec-Windsor corridor, so Transport Action has raised these concerns with VIA Rail. There are also no increases planned in eastern and western long-distance services until at least mid October.

Most notably, the commuter-oriented Kingston-Toronto trains 651/655 and Toronto-Kingston 650 have yet to be reinstated, so there are still no arrivals before noon for passengers heading into Toronto from the east. In line with VIA Rail’s expressed vision of Kingston as a future hub, we would hope to see these trains reinstated soon.

However, several other frequencies have now been restored, including morning trains 50 and 60 eastbound and 51 and 61 westbound, plus evening trains 668/669 and the afternoon train 645 from Ottawa to Toronto. This brings the Montreal-Toronto schedule almost to full strength, but represents only about 50% of the pre-pandemic service frequency between Toronto and Ottawa.

Morning trains 20 and 33 in each direction are returning Monday through Friday, and evening trains 26, 38 and 39 are to be reinstated daily.

Unfortunately, passengers in Ottawa will lose their early morning connection to Montreal and Quebec City on Saturdays and Sundays, because train 22 will revert to running as 622 which originates in Montreal on weekends. This makes same-day weekend trips from Ottawa to Montreal impractical, at a time when leisure travel is ramping back up.

In Southwestern Ontario, the full schedule has been restored between Windsor and Toronto and there are even a few additions. Train 75 will now run to Windsor on Saturday evenings, returning as Train 70 on Sunday mornings, a frequency that has been missing since the cuts of 2012. Train 82 will also make an additional run from London to Toronto on Saturday mornings. Together these new frequencies enhance the options for weekend trips to Toronto.

However, trains Toronto-Kitchener-London 85 and 88 have not yet returned, leaving the Kitchener route at just one train per day, and Train 70 has been retimed to depart ten minutes later, so it will not be possible for passengers wanting to travel to Stratford, Kitchener, or Guelph to transfer to Train 84 in London.

This broken connection will be a particular nuisance to students once the fall semester begins, and is a reversal of a connectivity improvement won by Rail Advocacy in Lambton and the Southwestern Ontario Transportation Alliance a few years ago. This change is not in line with the vision of London as a regional hub for southwestern Ontario, and also at odds with recent investments VIA Rail has made in improving the tunnel, elevators, and stairways to track 2 in London, which are used to allowing easy transfers in both directions when Windsor and Sarnia trains are in the station together.

The section of the VIA Rail website which previously offered print-ready PDF schedules for each route has now been replaced with HTML versions under the moniker “Timetables – accessible versions” but these appear to be a work-in-progress, with several significant errors in the first version, including westbound trains appearing on the eastbound timetable pages. trains being not being sorted by departure time, and the Fallowfield stops for trains 22, 24 37 and 39 not being shown at all.

Transport Action has raised a number of these issues with VIA Rail and hopes they will be addressed shortly, to make the accessible timetables truly useful. (Update, Sept 6: Many of these issues have now been resolved.) We have also asked that the full print version of the timetable and accompanying PDF be provided.

For visually impaired passengers using a screen reader, the use of vertical columns for these new HTML schedules is a potential problem because most screen readers narrate horizontally. The inclusion of multiple versions of the same train number with before and after dates on the same page, but without those dates in the narrated column header, adds to the potential for confusion. (We tested using NVDA, Chrome Screen Reader and Microsoft Narrator.)