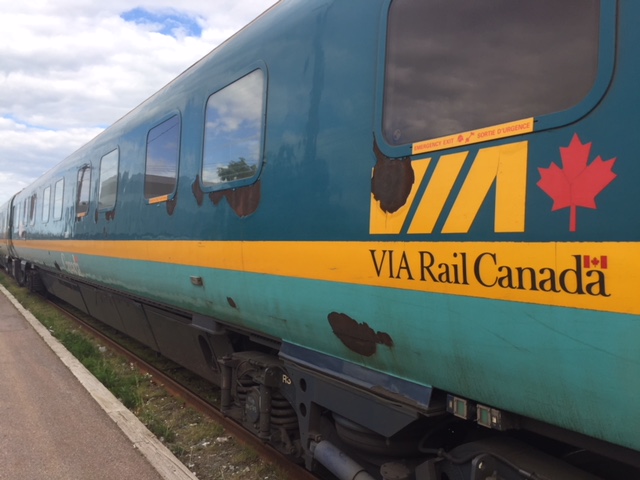 VIA recently released the summary of their 2020-2024 Corporate Plan. As usual, this provides a good look at the priorities of the railway over the coming years, and valuable insight into ongoing performance of the corporation.

This latest plan has a few positive highlights – there continues to be optimism about the future of VIA’s High Frequency Rail proposal, a new reservation system seems to be finally on the way, and for this end of the country, there is a further acknowledgement that VIA has settled on an operating model for the Ocean to continue service beyond the loss of the Halifax rail loop, even if the new bidirectional train may be a significant downgrade from what came before. There’s also an acknowledgement of plans to return service to the Gaspé once track upgrades by the province of Quebec are complete – potentially within the period covered by this plan.

Unfortunately, any of the optimistic highlights are overshadowed by a more stark analysis of the state of VIA’s operations outside the Corridor. Ongoing struggles with the host railways (primarily CN) have caused continued challenges with on time performance (OTP), especially in the west. On the Canadian, improvements in financial performance stemming from the introduction of Prestige Class several years ago have been wiped out by the OTP struggles, lengthened schedule, and accompanying reticence among tourist operators to book travel.

The British-built Renaissance equipment is the VIA rolling stock in most urgent need of replacement, but the latest Corporate Plan finally acknowledges that the 70-year-old Budd stainless steel cars are now also reaching the end of their useful life.

Undoubtedly the most significant concern in this plan is the acknowledgement of the dire state of the equipment serving on VIA’s non-Corridor and long-distance routes. While VIA had previously committed to further refurbishment of the nearly 70 year old HEP equipment, structural issues discovered earlier in 2020 have cast doubt on the longevity of this fleet and options for further refurbishment – even forcing the cancellation of the comprehensive overhaul of a group of HEP1 coaches to modern accessibility standards.

To quote from the corporate plan: “VIA Rail recognizes that despite the inherent quality of construction and intrinsic longevity of the stainless steel used, it is no longer reasonable to expect an extended service life from the Budd manufactured rolling stock equipment (HEP cars) that is approaching or has exceeded 70 years of age. At some point the effectiveness, usefulness and maintenance costs of any product will reach a point where replacement must be considered and unfortunately this also includes the HEP cars.”

With this in mind, the plan states that “VIA Rail will explore the replacement of its Long-Distance and Regional fleet”, requiring $14.6 million per year to maintain current state of good repair until a renewal program is approved.

The one silver lining here is that VIA is finally, publicly, acknowledging that there is a dire need to start the process to replace the non-Corridor fleet – something advocates like TAA and TAC have been emphasizing for years. With VIA now acknowledging this fact, there is potential that a case can be made to the federal government that new, modern, accessible, and reliable trains are important for every part of the country – not just the Corridor.

We can just hope it won’t be too little, too late.