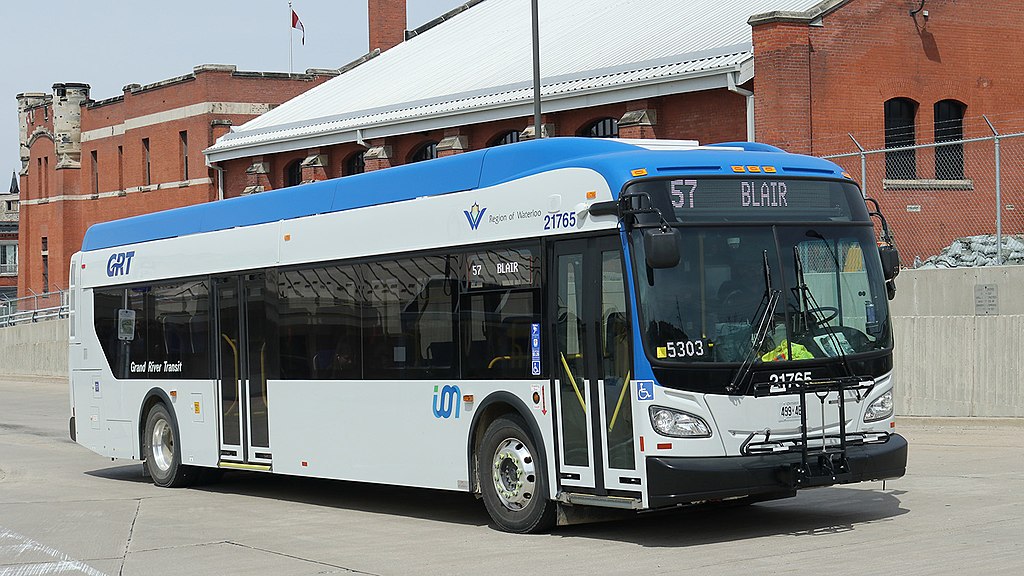 ATU Canada and Unifor Local 4304 have teamed up with the Transit Advocacy Alliance of Guelph to develop a proposal that would provide frequent transit bus connections between Kitchener, Waterloo, Cambridge and Guelph; and between Cambridge and Brantford, linking the cities of the Grand River watershed.

In the province of Ontario’s draft regional transportation plan for the GTHA, released in 2021, transit between regional cities, rather than to and from Toronto, was neglected. This proposal would address that glaring omission.

Guelph Transit, and Brantford Transit would each add one interurban express route, with Grand River Transit adding two. These would run every 30 minutes, with trip times between cities of around 45 minutes. This would create around 50 permanent new jobs.

In the first phase, routes would probably not carry local passengers between stops within the neighbouring municipality, much like some of the cross-boundary bus services in Greater Toronto. This would be in order to respect jurisdictional boundaries, and should allow services to start up quickly without waiting for all the details of fare integration to be worked out. Transport Action’s feedback is that this additional complexity for passengers, although inevitable at first, should be negotiated away at the earliest opportunity.

The proposal includes minor adjustments that would integrate existing intercommunity bus services, including PC Connect from Stratford to Kitchener, Ride Norfolk services into Brantford, and the Guelph to Owen Sound bus route, to ensure easy connections. The proposed routes also connect with the train stations in all three cities.

At this stage, routes from Cambridge and Guelph to Hamilton along highways 6 and 8 do not form part of the proposal, but the proponents would be interested in addressing those connections in a future phase. Megabus previously operated a service between Kitchener, Guelph, Hamilton and Niagara Falls, but that service has now been suspended for some time.

Find out more at: https://linkthewatershedtransit.wordpress.com/