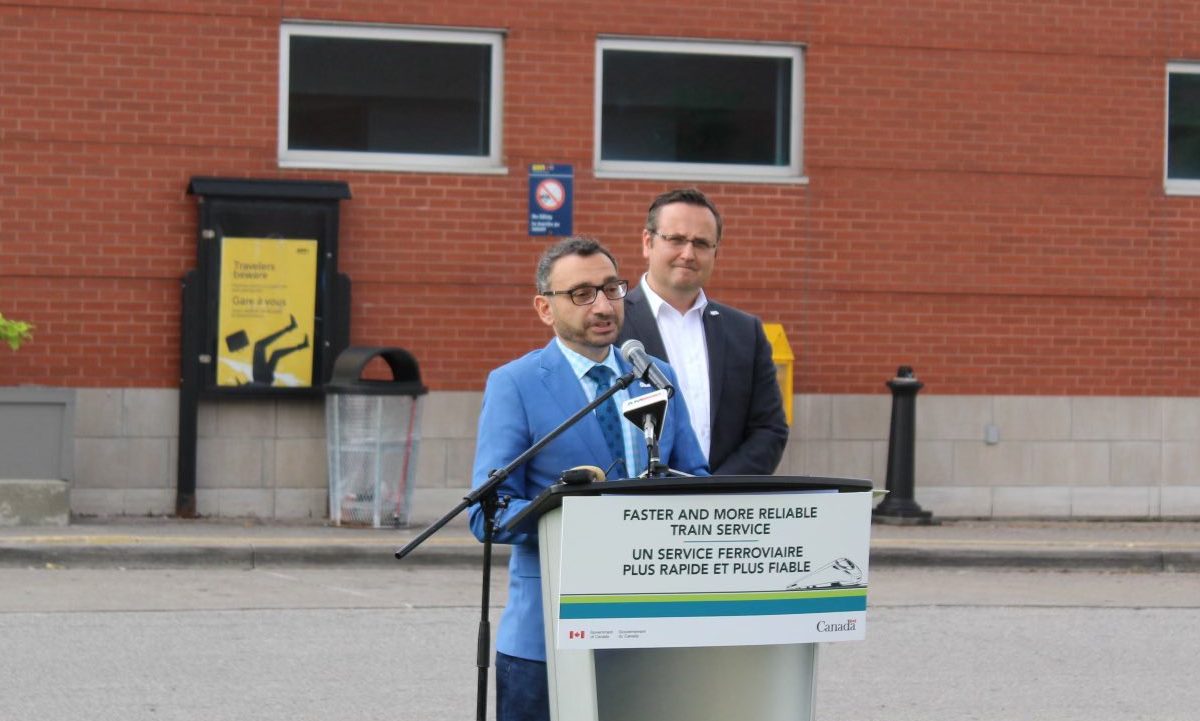 Federal Minister of Transport Omar Alghabra made the trip down from Toronto by train and an announcement at the Windsor VIA Rail station on August 30th. We are pleased by government’s continued interest in moving toward enhancing services in Southwestern Ontario, which we recognise as a major opportunity both to enhance VIA Rail’s revenues by meeting pent up demand and to improve economic, social and environmental well-being in the region. However, hopes of any swift resolution to the crisis of infrequent rail service and frequent slow orders in Southwestern Ontario were once again unfulfilled, with the minister instead announcing a one-year study to be undertaken by a third-party advisor.

The Minister’s office has since confirmed “that the advisor should build upon the existing work that has already been done in the region, including VIA’s own analysis” and will examine both near-term improvements and longer-term integration into High Frequency Rail. It is clear from the muted “we’ll believe it when we see it” public reaction to the announcement, and to last year’s similar announcement in London and Windsor, that there is no political mileage left whatsoever in further studies; only substantive results will be acceptable.

The facts in the region are already firmly established:

Unless the government’s advisor is empowered to engage in discussions with CN for the necessary train paths and infrastructure upgrades on VIA’s behalf, and is to be an industry professional who is able to ensure the taxpayer receives fair value, any new report risks becoming yet another theoretical exercise that does not bring us materially closer to the delivery of additional services.

Once the new Siemens trains arrive over the next year, easing VIA Rail’s equipment shortages, the plan the VIA presented in 2015 could be implemented forthwith, with confidence in ridership for the additional services.

The Minister’s announcement did confirm that funding from federal budget 2022 is being directed to much-needed station repairs in the region, but no mention was made of restoring early morning train 82 from London to Toronto, despite rapidly rebounding passenger rail ridership and the negative publicity surrounding the continued hiatus in that train and morning train 651 in eastern Ontario.

The key change in Southwestern Ontario over the past few years has been rapid population growth, and that was accelerated by outflows from Toronto as house prices spiked. Thus, ridership projections from the studies mentioned above are likely to underestimate the level of unmet demand. The emergence of regional bus services, funded by the province’s Community Transportation Grants, many of which already connect to VIA stations, also adds to the potential to rapidly grow rail ridership in a region where current service levels are woefully inadequate.

The Minister’s announcement missed a golden opportunity to commit to substantive, affordable, and easily delivered results prior to the next election, and thus had the feel of watching the Toronto Maple Leafs yet again fail to progress in the playoffs.