A Rail Renaissance for Alberta? 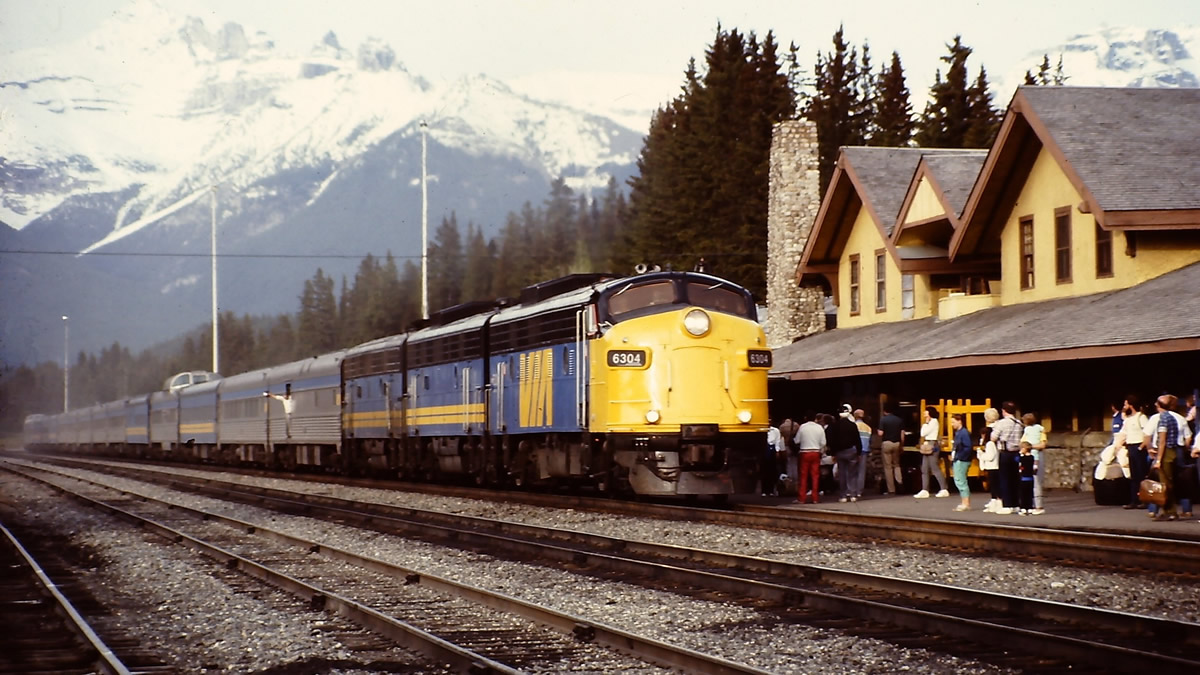 After more than thirty years, the return of passenger rail to Calgary is a step closer. On June 9, 2020, the Government of Alberta recommended a proposal for a Calgary-Banff rail service for consideration by the Canada Infrastructure Bank. This 130 km route would connect a station near Calgary International Airport with downtown Calgary, as well as Cochrane, Morley, Canmore and Banff, using new track within Canadian Pacific’s right of way, at an estimated cost of $680 million.

This is music to the ears of Transport Action Canada. We have not forgotten the cuts of 1981 and 1990 and will not forgive the economic and social damage wrought, particularly upon western Canada and the Maritimes where the knife was plunged deepest. Reversing these cuts is core to our mission to restore accessible and reliable public transport to communities across Canada.

Although the signing of a Memorandum of Understanding is early days for this project, we’re hopeful this project will move forward and become the first link in a regional rail network for Alberta. There simply is no more room for cars in Banff, so the project is critical to the future of Banff National Park, and the City of Calgary estimates that the project could create $1.4 billion a year in new economic activity from tourism, which would be an outstanding return on investment.

Meanwhile, on June 16 Calgary City Council approved stage 1 of the Green Line LRT, from Shepard in the Southeast of the city, through downtown, to 16 Avenue N. The first stage of construction is expected to be constructed from 2021-2027 and estimated to cost $4.9 billion. The route will use low-floor trains, unlike the existing Red and Blue lines.

This is a significant victory for local transit advocates, passing 14-1 despite a last-minute lobbying effort against the project by a few well-funded anti-transit voices that included an “opinion poll” conducted to promote a dubious “alternative” option to adding a vital new transit link across the Bow River.

The full alignment from 160 Avenue N. to Seton was approved in June 2017, to be built in stages as funding becomes available, and the city is already considering options to connect the northern section of Green Line LRT, a future passenger rail station serving the airport, Calgary International Airport and the existing C-Train Blue Line, and envisaged in the city’s 2013 RouteAhead plan. Following a successful trial of a Navya automated self-driving shuttle between Calgary Zoo and the Telus Spark science centre in 2018, both SkyTrain-style automated trains and autonomous shuttle technology are under consideration for this airport connector route.

In Edmonton, construction continues in full swing of the Valley Line Southeast LRT. The extension from downtown to Mill Woods was originally scheduled to be finished in December 2020. However, the completion timeline was pushed back last year to sometime in 2021 and challenging winter conditions mean some of the winter work on the new cable-stayed Tawatina bridge and concrete trackway took a bit longer than planned.

With increasingly well-developed LRT and bus feeder networks at each end, and the complementary Calgary-Banff train project, is it too much to hope that plans for a high-performance rail link between Calgary and Edmonton might also be dusted off before long?

Passenger trains are also returning to Jasper, AB as of July 5, with the restoration of VIA Rail’s service to Prince George and Prince Rupert, running once a week with departures from Jasper on Sundays and from Prince Rupert on Wednesdays.

The route had been out of action since the spring because of the blockade associated with the Coastal GasLink pipeline protest, followed by a suspension imposed on the “essential” service by CN in order to facilitate work to upgrade the line to the container and freight terminals at Prince Rupert.

Photo: The Canadian at Banff in 1982 by Manfred Kopka.