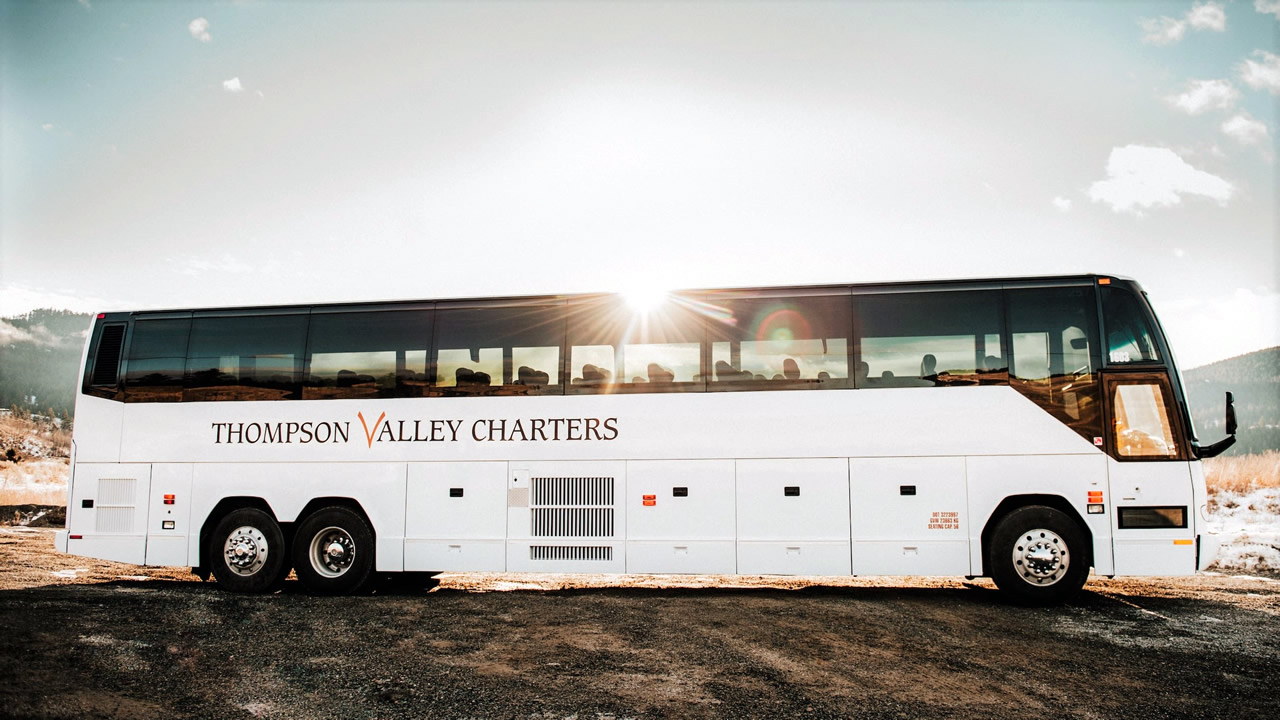 Kamloops-based motorcoach operator Thompson Valley Charters, despite suffering a serious loss of charter business due to the pandemic, has launched a scheduled service between Kamloops and Edmonton. The service will begin on May 20, 2021, using full-size motorcoaches equipped with washrooms, onboard wi-fi, and USB charging ports.

Initially, this new bus service will run eastbound on Mondays and Thursdays, and westbound on Tuesdays and Fridays, re-establishing service over one of the many routes in western Canada abandoned by Greyhound in 2018.  Once the pandemic is brought under control, it is likely that the service frequency will be increased to meet demand.

The service will start from the eBus office at Sahali Mall in Kamloops, making stops at Barriere, Little Fort, Clearwater, Avola, Blue River, Valemount, Mt. Robson Visitor Centre, Jasper train station, Hinton and Edson. The Edmonton terminal will be downtown at the Pacific Western office, 10014 104 Street. Stop locations and schedules can be found at https://tvcbus.ca/routes/.

The service will be operated in coordination with Pacific Western’s eBus services, and tickets can be purchased online at www.myebus.ca.

Coordinated schedules provide a same-day connection in Kamloops with the existing daily eBus services to and from Vancouver, offering a good example of the passenger-friendly interline bus connectivity that could be achieved across Canada by the bus coalition that Pacific Western is a partner in proposing.

At Kamloops, eBus also offers services to Salmon Arm and Kelowna, and a same-day connection from Kelowna is possible, albeit with a few hours between buses. In Edmonton it is possible to make a next-day connection with eBus services to Calgary or Pacific Western’s Red Arrow network which serves Fort McMurray, Calgary and Lethbridge.

Passengers wishing to make a next-day connection in Edmonton with bus services toward Saskatoon, Prince Albert, Regina and Winnipeg would need to find their own way to the KCTI Travels stop at 56 Airport Road NW or Rider Express at 11834 Kingsway NW. Northern Express services toward Grand Prairie and High Level depart from 16625 Stony Plain Rd, and Coldshot connections to Fort McMurray, Cold Lake and other destinations in Alberta depart from 11204 119 Street Northwest.

Resolving this fragmentation of connections in Edmonton would be a great help to passengers. Prior to the abandonment of Greyhound service, the VIA Rail station was used at a depot for several years, and the former coach terminal site in downtown Edmonton is now part of the “Ice District” redevelopment.

Connecting to the BC Bus North network at Valemont would also require an overnight stay.

A single fare from Edmonton to Vancouver by bus will set you back about $280. While this is significantly more expensive than a VIA Rail economy fare for the same journey, this bus service will have the advantage of offering a 15-hour trip, mostly in daytime. The extended and ponderous schedule in inflicted upon the Canadian and its passengers by the host railroads today means the same trip by train takes twice as long. In 1980, that train trip took less than 24 hours, and the train would only need to reliably achieve an average 80 km/h to offer an equivalent travel time.