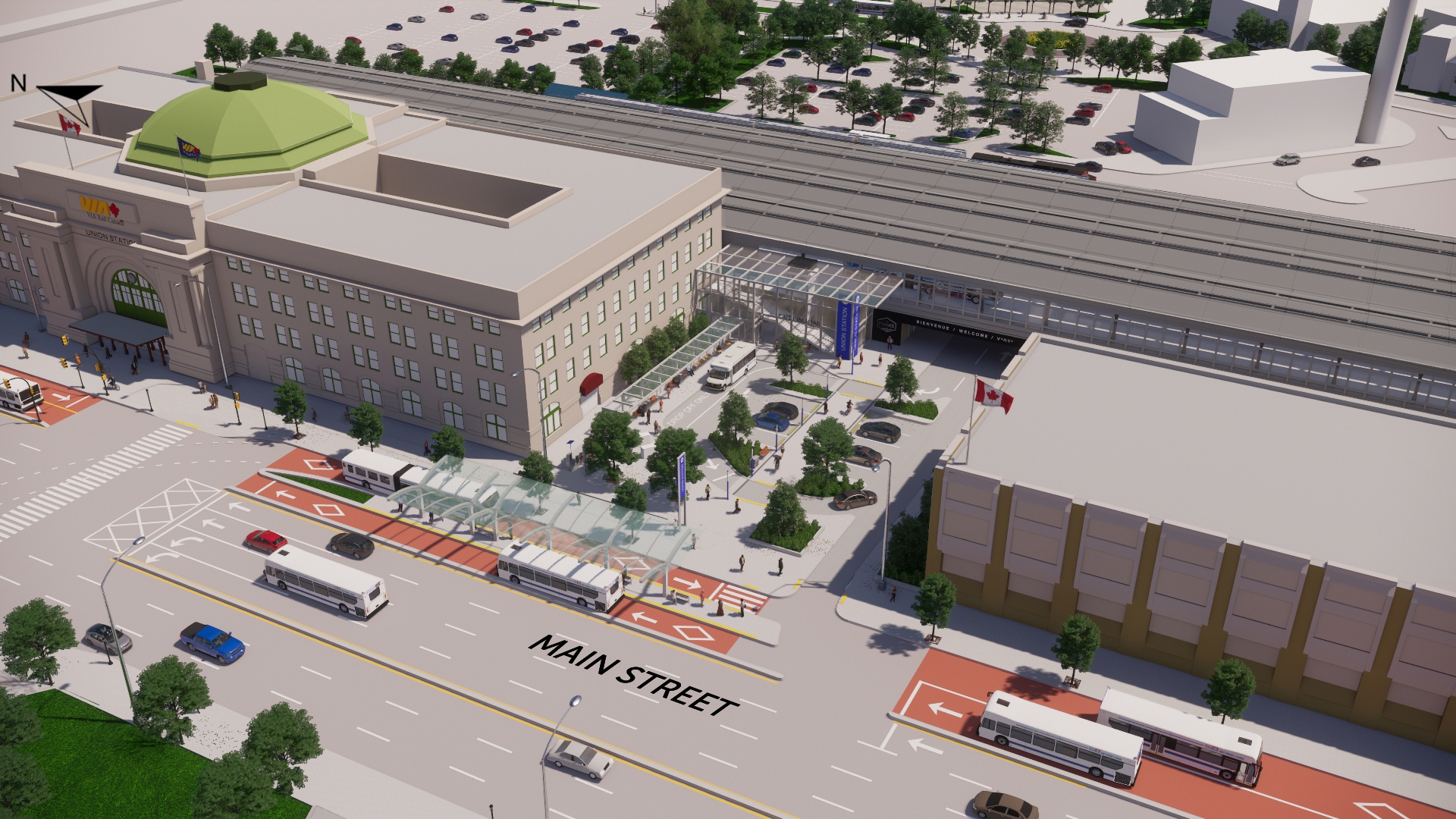 Winnipeg’s Transit Master Plan has entered the third and final phase of public engagement. The city has shared their plans for the future of rapid transit in the city for the next 25 years, and is soliciting public feedback via Zoom meetings and other online interactions.

The project began in December 2018 and has proceeded through two phases, adding more detail and engaging the public after each phase. Feedback from this final round of engagement will be incorporated into the plan, to be completed in December 2020 and presented to city council in the spring of 2021.

The plan proposes two networks – a primary (core) network and feeder networks. Headway on the primary network is envisioned as frequently as every 5-10 minutes (rapid) down to 10-20 minutes. Feeder networks’ headway could be between 15-60 minutes.

The plan envisions dedicating lanes of some existing streets as separated transit lanes, with transit priority signaling, and also building elevated transitways to give buses their own routes, similar to what has been done in the southwest.

Part of the plan envisions using the existing Union Station train station as a multimodal hub, converting tracks 1 and 2 of the station to busways connected to the new elevated transit corridors. Station owner VIA Rail already has an agreement with the city that would allow the city to use those tracks for this purpose.

Those tracks are currently used by the Winnipeg Railway Museum to store and exhibit its equipment. I reached out to the museum and was told that the directors are meeting soon to discuss the plan. If the museum had to move, it would be extremely expensive to move its railway equipment and other artefacts.

It’s important to note that this is a plan – a vision – and as such has no cost estimates, budget or council commitment at this point.

More information on the Transit Master Plan is available at https://winnipegtransit.com/en/major-projects/transit-master-plan/

[…] I’ve been contributing articles for Transport Action Canada. My most recent is about Winnipeg’s new transit master plan. […]