One tunnel or two? The Third Link is a superhighway Québec City doesn’t need 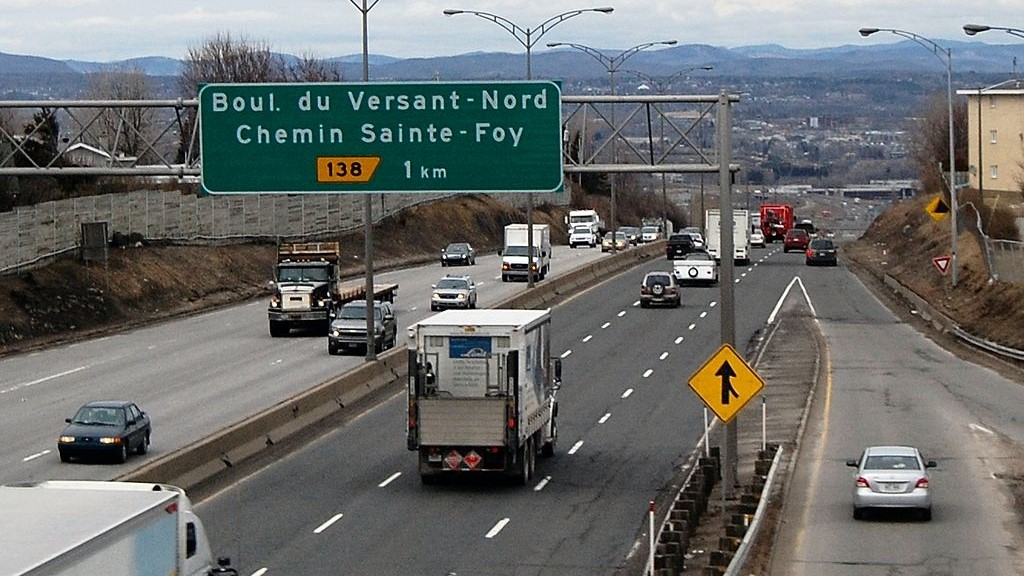 The recently proposed changes to the Québec Third Link project do not make it any more acceptable, and Transport Action continues to share the concerns of Équiterre, Accès Transports Viables, Trajectoire Québec, the David Suzuki Foundation, Vivre en Ville and the Conseil régional de l’environnement de la Capitale-Nationale who are partners in the Non au troisième lien campaign.

According to A. Fortin and C. Després in La Banlieue s’étale (The Suburbs Sprawl)  in 2011 “The metropolitan region of Québec has 75% of the developed surface of Montréal, with a fifth of the population”.  That means a lot of suburban sprawl, endless housing tracts surrounding the well-known walled city with bungalows, shopping centres and superhighways.

As part of the widespread suburbs are on the south shore of the St. Lawrence River, largely in the City of Lévis, there is a lot of commuting, mostly by car on the two bridges at the west end or town and a bit on the frequent ferries between the old inner city of Québec and the lower town of Lévis, leading to increasing  car congestion.  The desire for a third road crossing has been stoked by the dynamic populist Premier of Québec, François Legault, who first proposed a huge tunnel downstream (to the east) from the Beaupré Coast to open countryside east of Lévis, with an entrance and exit on the Île d’Orléans, a which has been a protected heritage site since 1970.

In the three years since Legault made his project known, the project generated a lot of reactions.  Safeguarding the unique character of the Île d’Orléans was one concern, another was the circuitous route the far-eastern tunnel would impose on residents of inner suburbs on one side of the St. Lawrence going to downtown on the opposite bank. The scheme was altered to eliminate the access to the island, by having the tunnel pass under it with no entrance or exit. Later, the project office announced that the tunnel would be from upper town in Lévis to Québec’s lower town. The fear of being submerged by traffic spewing out of the proposed six-lane 19.4 metre diameter tunnel was manifest in the neighbourhoods affected, so it was proclaimed that cars would have to come out onto superhighways, and only buses would be let out in downtown Québec.

There were more worries on the south shore; the notion of easy access to downtown Québec could lead to developers turning vast areas of countryside east of Lévis into a francophone Levittown has not been met with any proposed solution, so there it stands.  The idea of spending up to $10 billion on the tunnel also made it vulnerable to opposition, so in mid-April Québec Transport Minister François Bonnardel announced a slimmed-down version with two smaller tunnels at a reduced price, $6.5 billion. (CBC April 14th, 2022).  Reserved lanes for transit would be cancelled. Where this leaves the project in the eyes of the federal government, which now subsidises transit projects, not superhighway construction, is open to doubt.

The Mayor of Québec, Bruno Marchand remains somewhat cautious about the latest design.  ‘They’re presenting us a vison,’ he said. ‘We will wait for facts. We will wait for what we need in order to understand and judge this project’.  Marchand’s reserve is in contrast with the enthusiastic support that Mayor of Lévis Gilles Lehoullier continues to evidence for the Third Link tunnel project.