A win in Court for the Quebec Tramway 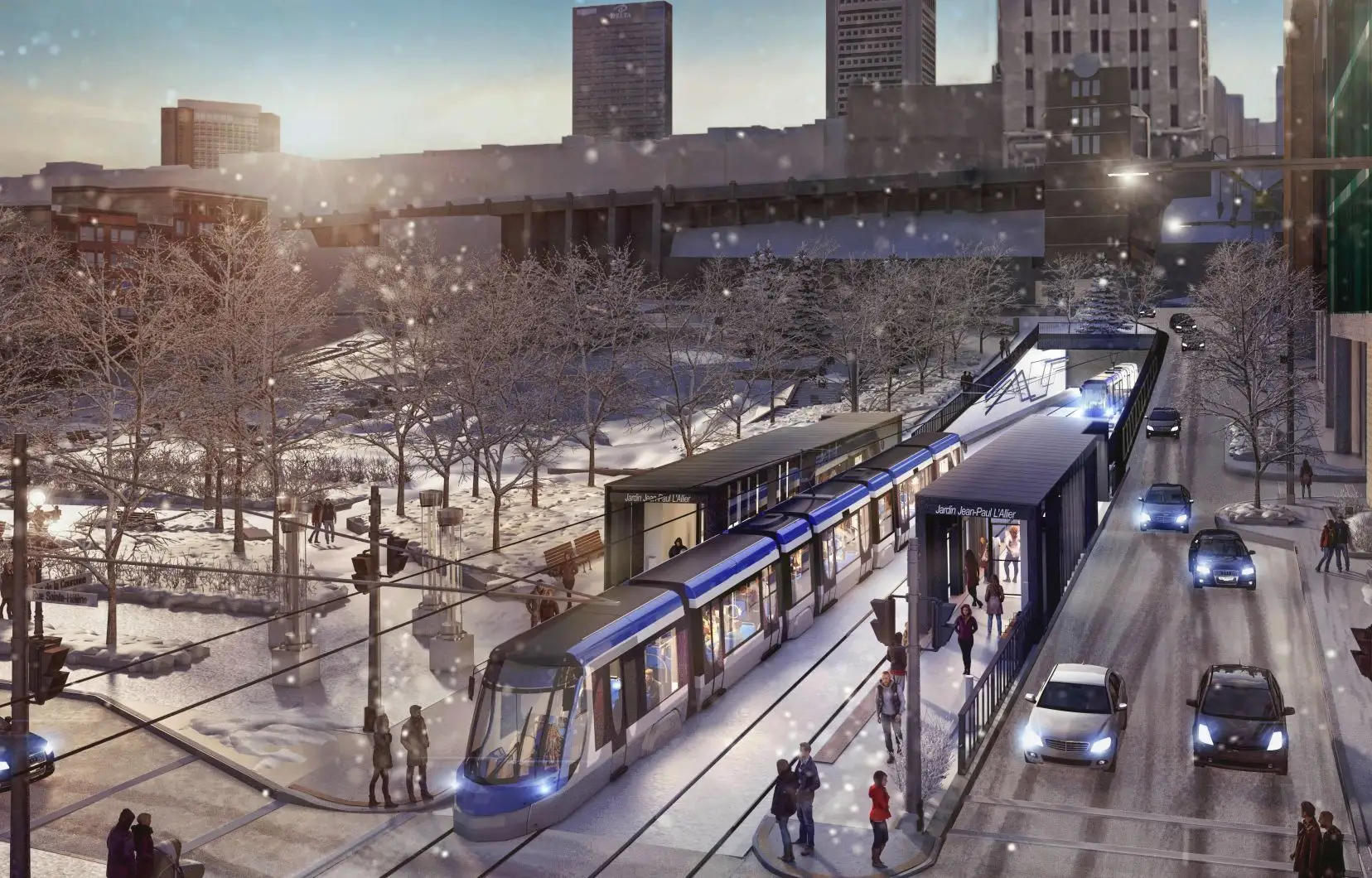 The project for a tramway across the City of Québec has attracted much opposition from a segment of the population that gets around by car and is opposed to spending money on a competing mode of transport.  The city is the least-densely settled of Québec’s major population centers, with the footprint of Montréal, but a population scattered around in low-density suburbs linked by an extensive superhighway network.  This provides an avid audience for populist anti-transit talk-radio commentators, who have made the tramway project a target, and a breeding ground for what the newspaper Le Devoir calls a “judicial crusade launched by opponents of the tramway”.

In an 85-page decision released on January 17th, Superior Court judge Clément Samson rejected all the arguments advanced by the anti-tram petitioners, stating “nothing in the cause constitutes an obstacle to the project of the City of Québec’s tramway project”. While the judge acknowledged the fears expressed by the petitioners and that have legitimately pressed their case in a democratic and peaceful process, he did not accept that the project should be stopped, nor that costs should be awarded to the losing side, which asked for exemplary penalties of half a million dollars.

The Court found instead that the City and the Government had committed no fault or abuse, saying that accusations of conflict of interest hung on a thread, and that there was no proof of lobbyists dictating the course of action. While the opponents had “made a big thing about a lack of consultation of the population” the judge held that the twenty-year file of the project demonstrated the opposite, and that there were “a large number of consultations and the tramway was often the centre of the debate”.  As to the complaint that their right to freedom of expression had been trampled by the refusal to hold a referendum on the tramway, the judge referred to numerous demonstrations, statements on the internet, video capsules, and petitions to Councillors and members of the National Assembly, as well as participation in hearings of the BAPE (Bureau of Public Hearings on the Environment).

The Mayor of Québec, Bruno Marchand, rejoiced at the Court’s conclusions, saying “I am a happy Mayor today”, and that now the opponents had had their day in Court, and that it was time to turn the page.  While the lawyer in the case feels it deserves to be appealed to the Supreme Court, the group Quebec Mérite Mieux (Quebec Deserves Better) has spent 300,000 on the case “and the cupboard is bare”.

The opponents had a lot of support in the community. In November 2022, 49% of those surveyed were opposed to the Tramway project, and 42% supported it. More recently, just before the court decision, 44% per cent supported the project in an opinion poll conducted for Le Soleil by SOM, a slight gain.  The city, for its part, has to update the business plan for the project by March 31st and inflation could tip the cost up toward the $4 billion mark.  Funding in expected to come from the Federal Government (40%), the City (10%) and the Québec government.

Image: City of Québec rendering of the tramway