O-Train Under a Cloud 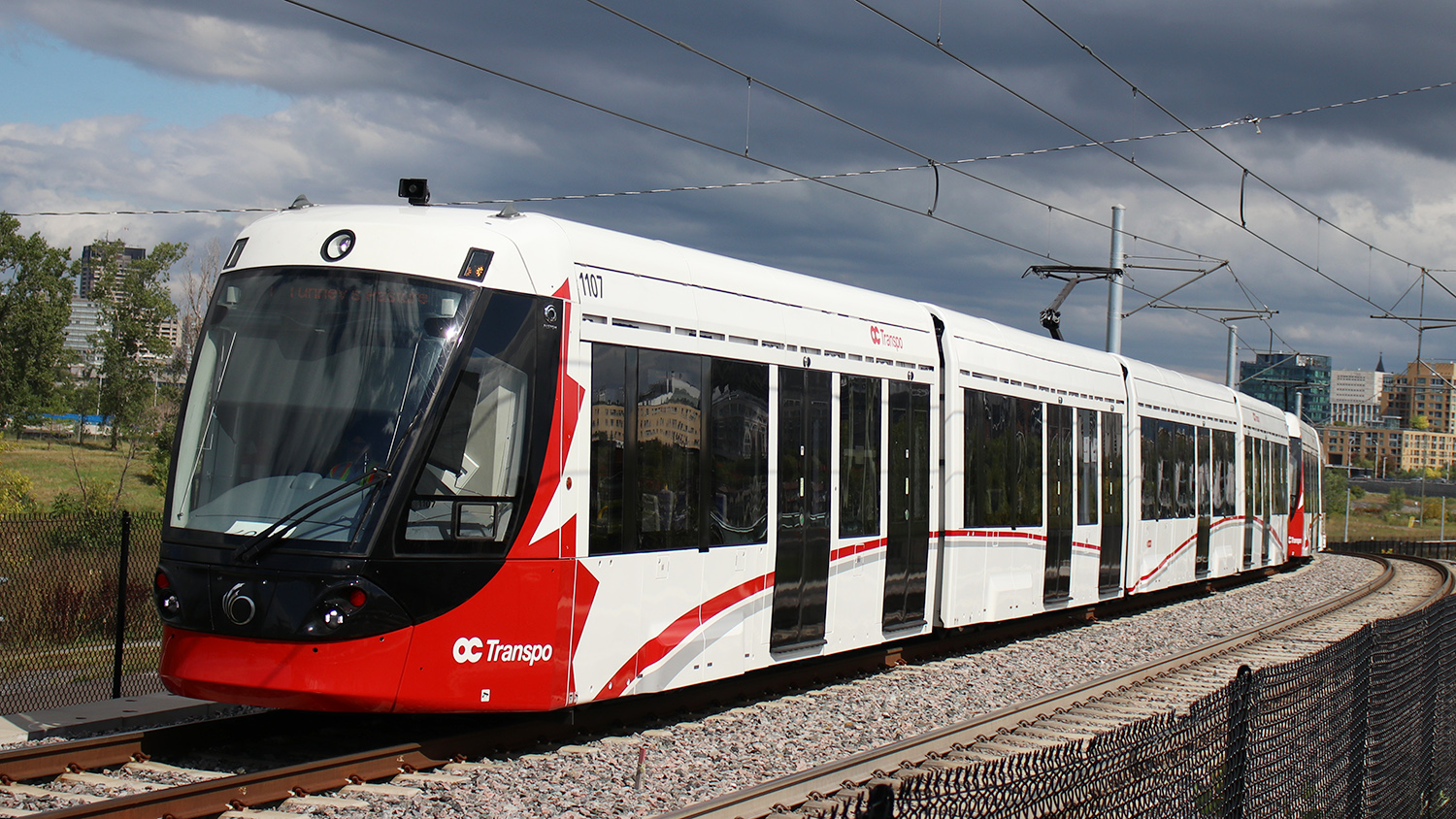 Ottawa’s new Confederation Line LRT began service on 14 September 2019 and the bus transitway service through downtown ended on October 4th. Since then the system has been plagued with problems, with major delays every few days, some lasting up to 15 hours while dead trains are dealt with and removed, or infrastructure is repaired. Far fewer than the promised 15 trains are available for service on most days. Understandably, this has led to widespread dissatisfaction with the service and with Rideau Transit Maintenance, the joint venture contracted to operate and maintain the network.

The issues causing train failures have included passengers holding doors open and causing systems to trip; on-board computer failures; flat wheels due to emergency braking in error; frozen track switches; electrical issues with the overhead power supply (including one incident which pulled down 80 metres of overhead conductor wire); collisions between trains in the maintenance yard; and other technical issues with brakes and compressors.

In addition to the issues with the trains there have been frequent elevator and escalator outages at the stations, incorrect information and failures of the station displays and online systems, and a continuous stench of sewage at Parliament station where a sewer was punctured but not detected during construction of the tunnel.

Bus transfer platforms at major transfer stations including Hurdman have been poorly designed, leading to them becoming hopelessly overcrowded, and are exposed to the weather. The city has has to widen them on an emergency basis and install “temporary” scaffolding for shelters that may have to remain in place for up to five years.

OC Transpo has also had to assemble a fleet of buses to be on standby for emergency LRT-replacement service parallel to the route. With older vehicle being retired in anticipation of the LRT startup, a shortage of buses and drivers has led to up to 200 bus trips being cancelled on other routes.

James Boyle, a rail expert from England, has now been brought in to try to guide the analysis and resolution of all the LRT problems, which have reached crisis proportions as far as Ottawa’s transit users are concerned.

The City of Gatineau’s transit agency, STO, announced this week that they are going ahead with provincially funded planning for a new LRT or combined bus-LRT network to connect the western part of the Gatineau to downtown Hull and across the river into Ottawa. The Mayor of Ottawa spoke this week in support of this interconnection, which is expected to use the Portage bridge to reach a connection between the surface tramway and the underground LRT at Lyon station at the western edge of downtown.

Both Ottawa and Gatineau have rejected the idea of using the existing Prince of Wales rail bridge further west, which is owned by the City of Ottawa and which already connects to both Ottawa’s LRT and Gatineau’s Rapibus BRT, partly due to potential issues with crowding at Bayview.